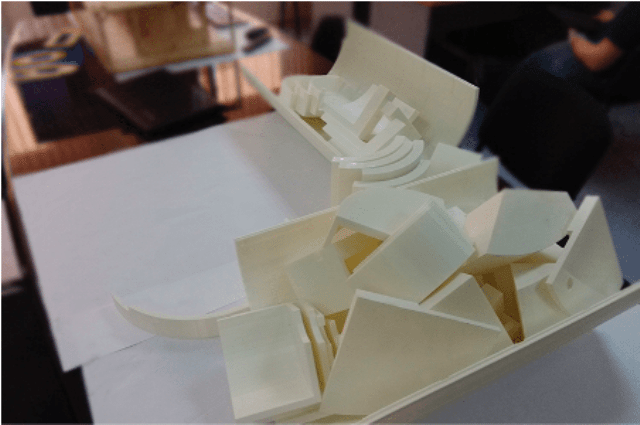 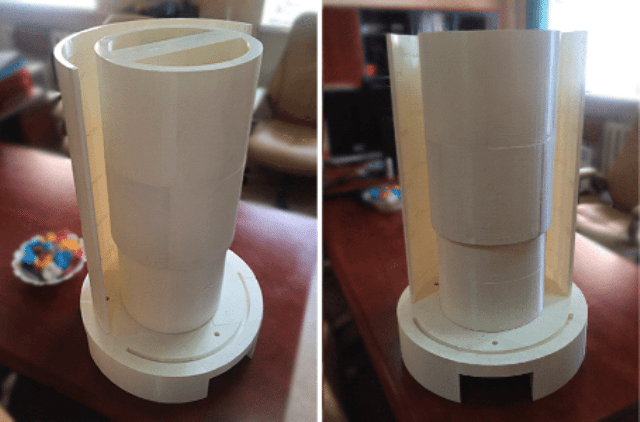 The Mosinductor company deals with the solution of most industrial problems of induction heating. In particular, the company's specialists develop "turnkey" technological solutions for the manufacture of pipe bends, the production of longitudinal welded pipes, heat treatment of parts for mechanical engineering and machine tool building, melting of any metals and alloys. 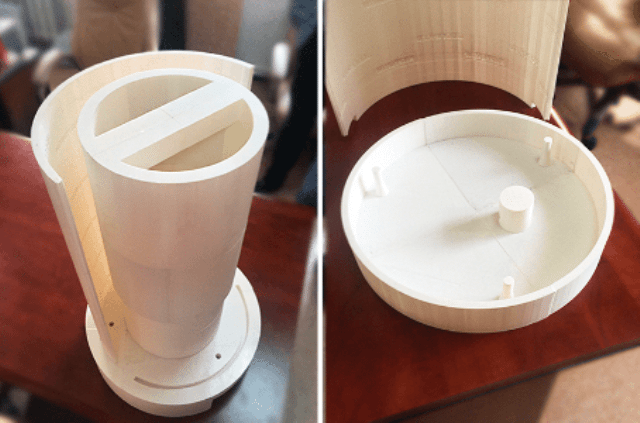 Why 3D printing was chosen

For this project, it was necessary to make concrete formwork in the shortest possible time (10-15 days), keeping within the budget. Smelting a mold from metal is quite an expensive process, as is creating a mold for casting from plastic. After evaluating the alternatives, it was decided to try 3D printing because the price-performance ratio was optimal.

The manufacturing process began with modeling the shape from the existing drawing. 3 models were built, then they were finalized so that the structure became collapsible: they added a lock for the inside of the formwork and a handle on top.

The form was made on printers: Prism PRO V2, Designer PRO 250 and PICASO 3D Designer.

On the inner side of the mold, the names of the companies "Mosinductor" and Studia3D are placed throughout the entire area, which will remain after the part leaves the concrete.

Next - gluing and taping for accuracy, then - aligning the grooves. After the glue had dried, all deep seams were covered with a 3D pen and sanded (both with a sandpaper and with a hand drill) to perfect condition. In total, post-processing took about 2-3 days.

This is what the formwork looks like after being removed from the workpiece, the product is completely polished.

Own equipment for 3D printing!

Please add some product posts to load them here.

Get 5% discount on your order from the app

The app allows you to view 3D models, mesh specifications and place an order for 3D printing on the go!